This research began as part of a graduate seminar titled Plantation Architecture taught by Dr. Paul Niell at the Florida State University in 2018. The seminar focused on the Goodwood Museum and Gardens in close cooperation with the co-executive directors. The museum consists of the remaining property of a once extensive antebellum plantation and postbellum mansion. Like many extant Deep South plantations, the property did not resemble the plantation of pubic imagination until after the Civil War. In the case of Goodwood, northern socialite Fannie Tiers acquired the estate in 1911, converted the property to a winter estate, and replaced the home’s Italianate façade with the more familiar “gone with the wind” appearance popularly associated with the antebellum south. The property's more luxurious appointments including the swimming pool, tennis courts, and automobile garage (as well as indoor plumbing and electricity) date to this peiod. The conversion of the property obscures its history as a working agricultural operation and a place where perhaps two hundred individuals were enslaved, and others continued to labor as tenant farmers post-emancipation[1]. During the latter half of the Twentieth Century, the city of Tallahassee grew around the former plantation. The land that once comprised the Goodwood’s fields and groves is now covered with homes, commercial real estate, and Tallahassee Memorial Hospital.

The pre-Civil War landscape of the Goodwood plantation is no longer extant. However, documentary evidence indicates that experimental gardens, ornamental landscapes, and the personal gardens of the enslaved existed during the antebellum period. Using documentary evidence and comparanda from other Southern landscapes, Meggan hypothesizes a reconstructed landscape for Goodwood in her paper: Nature and Power on the Antebellum Southern Plantation: The Early Gardens of Goodwood in Tallahassee, Florida. 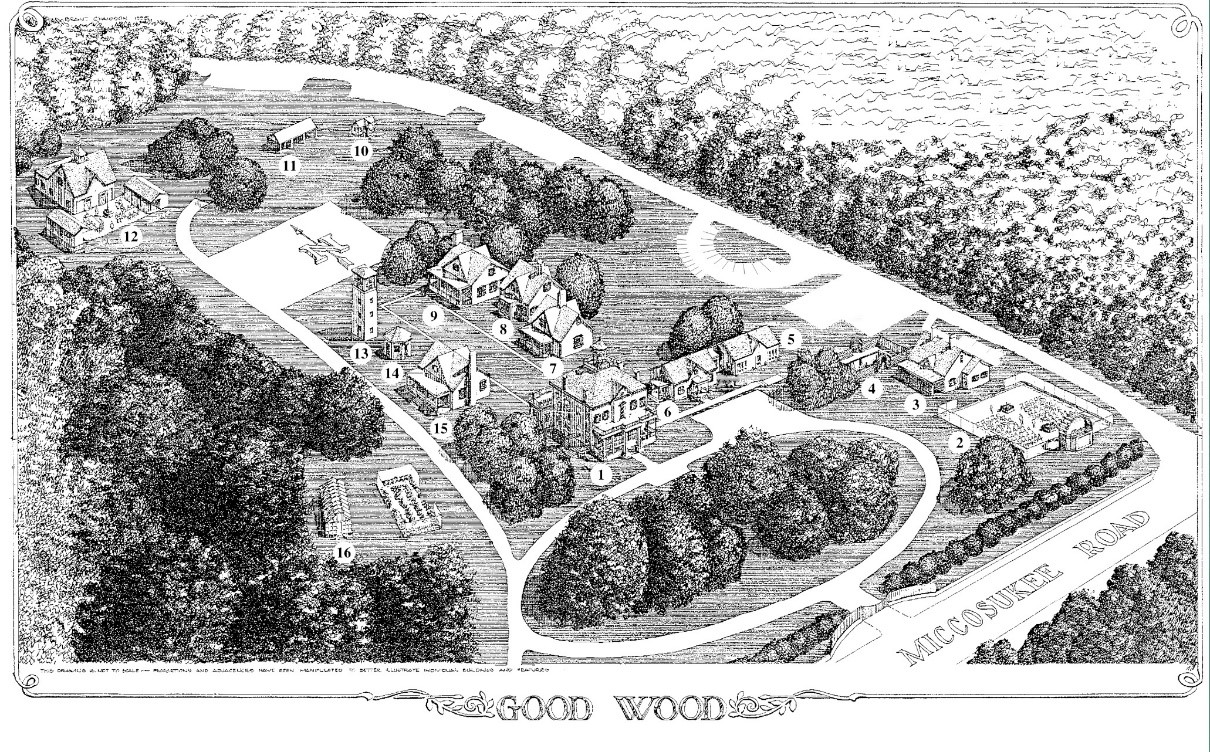 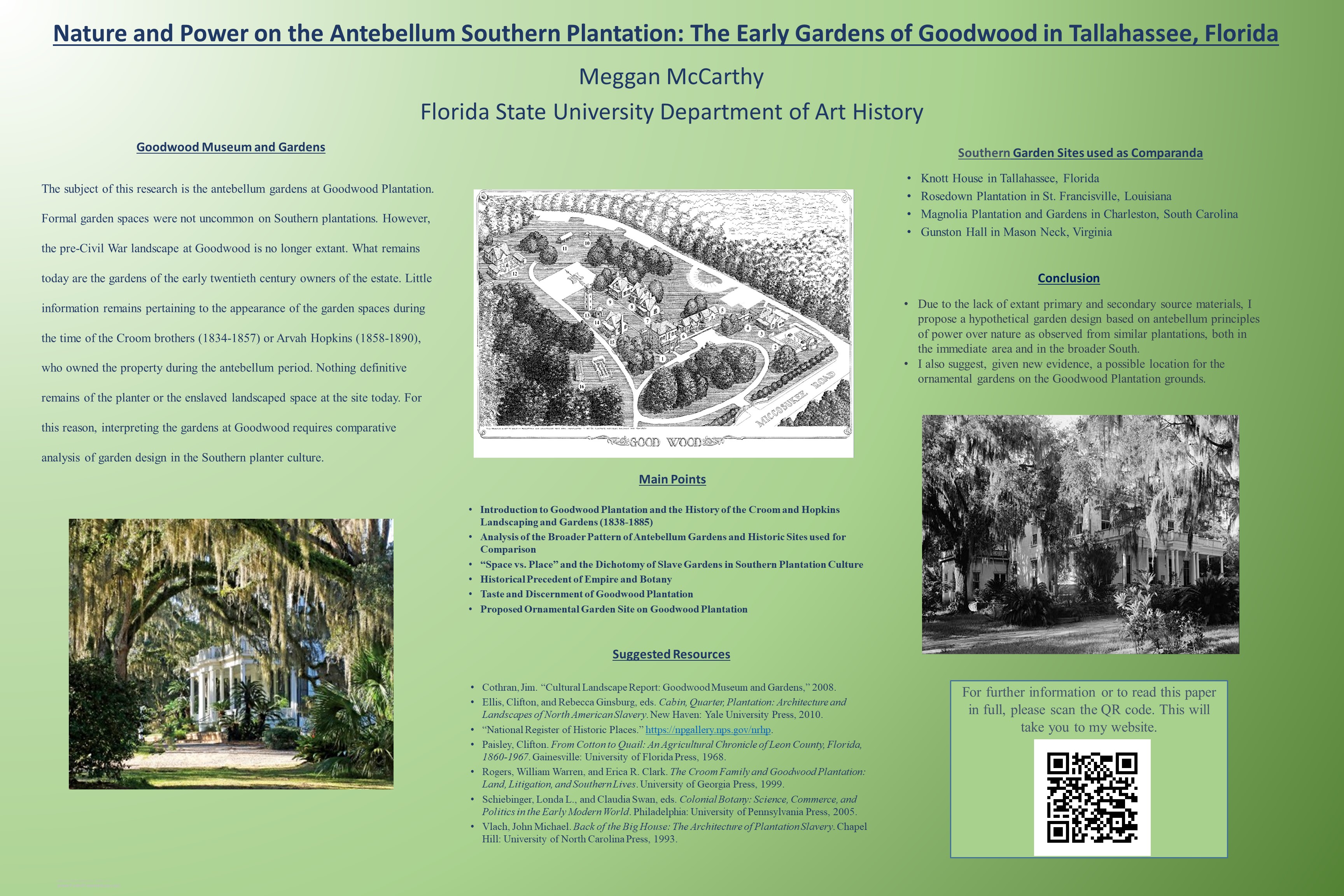 [1] Although little information is available about most of the individuals enslaved at Goodwood, the little which is known is fascinating. Moses Crooms was a carpenter enslaved at Goodwood prior to emancipation. He and his wife Daphne, who was also born in slavery, took the name Crooms, a variation of the name of Goodwood's antebellum owners. At some point the couple moved to Central Florida. Their son Joseph N. Crooms was educated at the institution that is now Florida A&M. He went on to establish the Crooms Academy in Sanford, the first institution in the area to offer high school education to black students through the 12th grade. A successor institution continues as the Crooms Academy of Information Technology. Joseph's grandson Nathaniel, a marine, was killed in terrorist attack in Lebanon in 1983.  Another grandson - the great grandson on Moses - lived in Daytona Beach as recently as 2007.