In 2017, as part of a graduate seminar in Museum Studies taught by Dr. Susan Baldino at the Florida State University, Meggan examined the challenges of preserving and interpreting historic structures in a changing urban landscape. Focusing on the historic gardens connected the Cummer Museum of Art in Jacksonville Florida, Meggan examined how a historic site can be understood when its context undergoes dramatic change.

Arthur and Ninah Cummer built their home and gardens in the then-suburban community of Riverside. The homesite (razed to make way for the modern building) and 2.5 acres of the remaining gardens were converted to a museum in 1961. The area surrounding the property has changed drastically over the last century. From 1900 to 2014, the population of Jacksonville increased thirtyfold. In 1901, a devastating fire destroyed much of the downtown area. The deepening of the St. Johns River and the expansion of several railroad lines in the early Twentieth Century provided a boon to the local economy. Construction of Interstate 10 placed the Cummer property in the shadow of the Fuller Warren Bridge, which carries a quarter of a million vehicles 75 feet over the property each day. After decades of urban decay, the surrounding Riverside/Avondale neighborhood is now fast growing and trendy. During the 1990s the art museum expanded its collection and restored the gardens designed by Ellen Biddle Shipman and the Olmstead Brothers firm.

The changing landscape of the Cummer estates and the city of Jacksonville have run parallel to one another over the last century. In her paper Urbanization and the Historic Home & Garden, Meggan explored urbanization of the area surrounding the Cummer Museum of Art and Gardens and its impact on preservation and interpretation of the site. She also explored the challenges and opportunities following extensive damage to the gardens during Hurricane Irma. 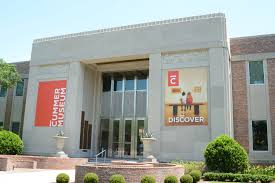